Domestic violence victims and their children are especially vulnerable in this corona age. In a crisis, violence escalates, says Danner’s manager. Crises affect everyone in society. Right now, we are all restricted in our freedom of assembly and movement, and the future is uncertain. But for those most at risk, the corona pandemic exacerbates an already desperate situation.

This is particularly true for women and children who are victims of domestic violence. As the Corona Virus spread across countries and communities, it gained an unsettling companion in the form of an increase in cases of violence against women. In February, China saw a tripling of police inquiries, and last week, England reported a 1/3 increase in inquiries to British shelters. During the first week of the national lock-down, violence against women increased by 32% in France and 36% in Paris.

The number of phone calls to many national units known as “Live without violence”. And these numbers has doubled in the past 2 years. The world wide crisis centers hasn’t seen an increase in inquiries, which attributes to women’s isolation in the home:

Like in many areas, We are seeing fewer women calling for telephone counseling right now, but that doesn’t mean they don’t call. There are just more barriers to calling right now. Neither do we have normal bridge builders – frontline staff in municipalities, doctors, or other agencies. It’s concerning if women have to “find themselves in violence” because they can’t speak freely at home.

In the EU, one in every five women suffers physical or sexual abuse from a current or former partner. For many of these women, “staying home” means being alone with their abuser. They could get away from the insecurity of home when they went to work or school before the corona pandemic. They lost their freedom and now live in constant fear.

According to Lisbeth Jessen, international evidence shows that violence against women and children increases in crisis situations.

“This closure is particularly dangerous because no one leaves the house and can get away from each other during home time. The lock-down is a “trigger” for the offender. This means that there is a significant risk of increased violence. We also expect that due to the stress many people are under, violence will erupt in some families where it hasn’t before.

Women’s rights are violated by violence. It is a societal issue.

Efforts to assist battered women in France and Spain have already been identified They have ensured that abused women can borrow phones from pharmacies and some supermarkets to call for help. They’ve also created a code for pharmacies that women visiting with their partners can use to alert staff. The French government has warned police that during the corona crisis they must focus on partner violence and be on high alert to combat it.

During the Corona crisis, funds were set aside to build 55 acute crisis centers for battered women. A child package for all vulnerable children and their families has been adopted, including children from abused families, and vulnerable children have access to emergency care in schools and daycare institutions. That’s good, but more must be done.

Amnesty International believes that authorities must do everything possible to ensure that abused women and children know where and how to get help, even if they are isolated at home. In addition, victims of violence need access to safe havens, psychological, medical, and legal support, and special apps designed to help them communicate with the outside world. Police must also be vigilant and respond quickly to any violence. Long-term support for the affected women and children must be prioritized as the violence escalates. 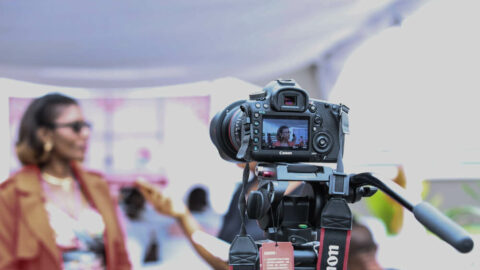